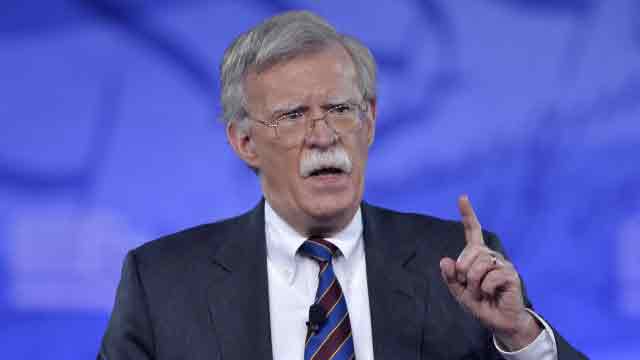 Washington, Mar 27 (Just News): Commentators agree that by appointing John Bolton as National Security Advisor (NSA), the President has made an excellent choice to confront the challenges of a dangerous world and build on the accomplishments of outgoing NSA H.R. McMaster.

“President Trump has said he is at last assembling a Cabinet team to his liking, and late Thursday he announced that John Bolton will replace General H.R. McMaster as his National Security Adviser. It is a solid and experienced choice…. Mr. Bolton’s first job will be to prepare the President for an historic meeting with Kim Jong Un. We may assume Pyongyang knows now that bluffing the U.S. won’t work.”

“The president’s decision to appoint John Bolton as his national security adviser reflects an understanding of the critical lessons of history, and the Bolton designation will greatly reduce the grave risks now faced by America during today’s increasingly troubled times.”

“If the president can get a better trade deal for American workers while also encouraging Beijing to make Pyongyang see reason and abandon its nuclear weapons, he could be in the running for a Nobel Peace Prize. And Bolton and Pompeo are likely to help him get there.”

THE NEW YORK TIMES’ BRET STEPHENS: John Bolton is Right About the U.N.

“I agree with Bolton about some things and disagree about others. But on the U.N. he’s been right all along. If his presence in the White House helps to scare the organization into real reform, so much the better.”

AMERICAN ENTERPRISE INSTITUTE’S MICHAEL RUBIN IN THE WASHINGTON EXAMINER: Enough with the John Bolton Smears — He’ll be the Best National Security Adviser in a Generation

“But Bolton is a formidable intellect, a clear thinker, organized, and a team player. The purpose of the National Security Council is to coordinate the interagency process. Not only is Bolton meticulous about process, but he also has the wherewithal to do two things so many past national security advisers did not: force decisions when they needed to be made and then impose discipline on the process to ensure those decisions were carried out.”

HUGH HEWITT IN THE WASHINGTON POST: John Bolton is a Great Addition to the White House

“As the president’s top security aide, Bolton will be an honest broker and someone who can drive decisions through molasses-thick resistance. These qualities, plus his top-shelf intellect, make Bolton the best national security player to join Trump’s West Wing team so far.”

“In truth, Bolton is a hawk because the world is full of dangerous actors and some evil ones and he sensibly believes there’s no point of being America if we’re going to roll over and surrender our advantages. Already there are rumblings that Russia, China and North Korea won’t be happy to see Bolton having the president’s ear — which proves Trump chose wisely.”