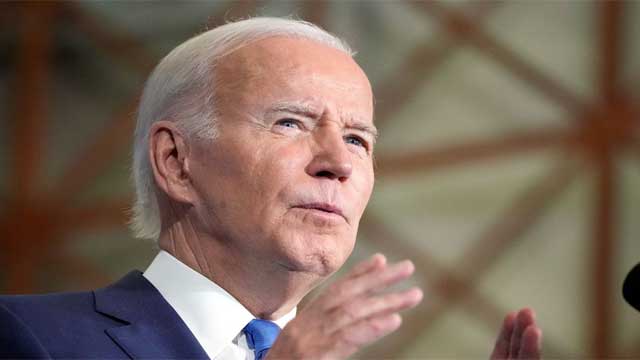 In another DNC virtual reception on Monday afternoon, President Joe Biden said the Democrats were “up against some of the darkest forces we’ve ever seen in our history”, according to a White House Pool report from the Guardian’s David Smith. “These Maga Republicans are a different breed of cat. This is not your father’s Republican party.”

Biden reiterated his gratitude for the DNC’s work ahead of the midterm elections and said he thought they had a shot at keeping the Senate and that he was “optimistic about the House as well”.

“It’s not about power for power’s sake,” Biden said. “It’s about getting power to work for people who need a little bit of help. Just a shot.”

“Again, not power for power’s sake but power for the good of the country. I know it’s not easy,” he continued.

Biden’s remarks come hours before Donald Trump is expected to announce his bid for reelection at a rally for Senate candidate JD Vance in Ohio.-The Guardian