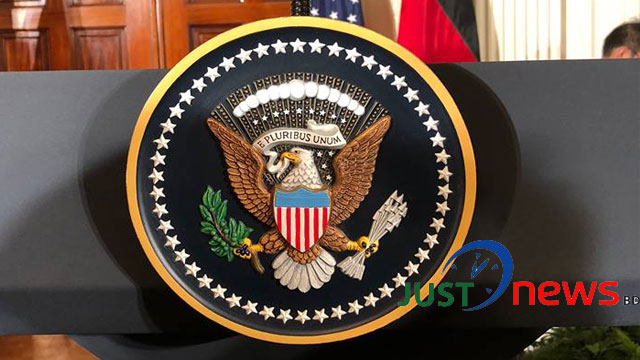 President Donald J. Trump kept his word to replace the outdated NAFTA by negotiating a new landmark Agreement for the 21st century, the USMCA.

President Trump secured the United States–Mexico–Canada Agreement (USMCA) to replace NAFTA, which will positively impact the lives of countless workers, business owners, farmers, and the families and the communities they support.

Once enacted by Congress, the USMCA will provide a new future for the American auto industry by incentivizing billions of dollars in vehicle and auto parts production in the United States.

Under the USMCA, 75% of a qualifying vehicle must be genuinely produced in North America and 40 to 45% of the vehicle must be built by labor paid at least $16 an hour. That means more jobs for American workers.

Farmers and dairy producers will have access to fairer markets for their products.
Unfair restrictions by Canada on American dairy, wheat, and wine producers will finally end.
New, cutting-edge rules on intellectual property and digital trade will help American businesses and innovators continue to thrive in the modern economy.

The USMCA will impose the toughest labor and environmental protections ever included in a trade agreement.

President Trump is following through on his pledge to fight for fair and reciprocal trade.
While past administrations failed to protect hardworking Americans against unfair trade, President Trump is making sure other countries are held accountable.

President Trump is confronting China’s unfair trade practices, including its theft of American intellectual property, and has launched negotiations to reform our trade relationship.

The President has imposed tariffs on $250 billion in Chinese goods to counter its unfair trade practices.
President Trump is calling on Congress to pass the United States Reciprocal Trade Act, giving him the authority to take strong action to pressure countries to lower their trade barriers and open their markets to American goods.

Specifically, the legislation would give the President more authority to increase tariffs if other countries’ tariff and non-tariff barriers are too restrictive.
American steel and aluminum jobs are coming back and idle forges are roaring back to life as a result of the President’s tariffs, which are critical to securing our national security.

DEALS THAT WORK FOR THE AMERICAN PEOPLE

President Trump has worked to secure deals that will better the lives of American workers across the country.

The Administration is also opening new negotiations with the European Union, the United Kingdom, and Japan, which will secure access for American products and services.