Trump committed to achieving peace for US, the Korean Peninsula 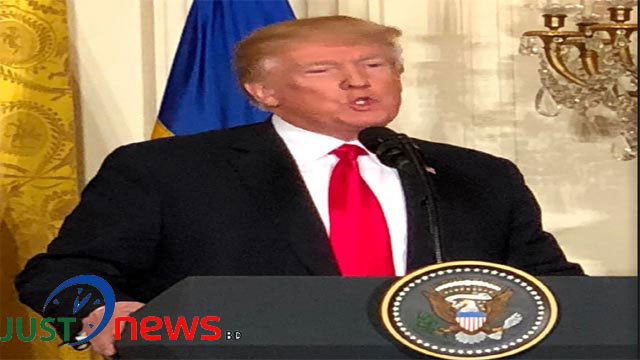 President Donald J. Trump is committed to achieving a bright and secure future for all people on the Korean Peninsula and across the world.

This summit aims to make further progress on the commitments the two leaders made in Singapore: transformed relations, a lasting and stable peace, and the complete denuclearization of the Korean Peninsula.

The President has made clear that should North Korea follow through on its commitment to complete denuclearization, we will work to ensure there are economic development options.

The United States and partners are prepared to explore how to mobilize investment, improve infrastructure, enhance food security, and more in the DPRK.

Robust economic development under Chairman Kim is at the core of President Trump’s vision for a bright future for United States–DPRK relations.

In June 2018, President Trump met with Chairman Kim, marking the first in-person meeting between the leaders of the two countries.

Since President Trump’s Singapore summit with Chairman Kim, relations between the United States and DPRK have reached new heights.

North Korea has not conducted a nuclear weapons or missile test in more than 400 days, and has committed to the dismantlement of plutonium and uranium enrichment facilities.

Chairman Kim has reaffirmed his commitment to complete denuclearization, including in his New Year’s speech.

Thanks to President Trump’s leadership, Americans are no longer detained in North Korea.
North Korea has returned remains of Americans who died during the Korean War, and we are working to return more.

A PUSH FOR PEACE:

Prior to President Trump, efforts to negotiate limits on the DPRK’s nuclear program failed, despite billions of dollars in payment under prior administrations.

Upon taking office, President Trump built an unprecedented international coalition to demonstrate that the world would not accept a nuclear-armed North Korea.

The international coalition mobilized by President Trump implemented a maximum pressure campaign and the President has called on all countries to comply with these sanctions.