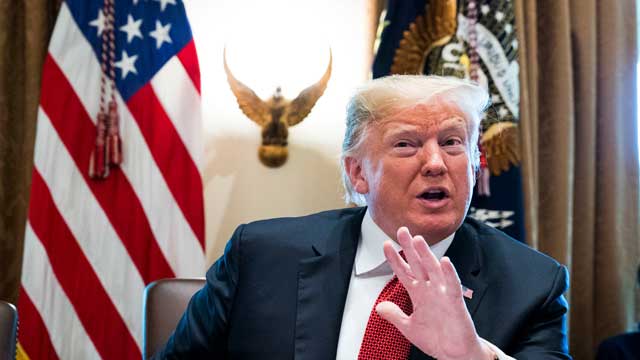 A top Pentagon official resigned Wednesday at the request of United States president Donald Trump after becoming indirectly tied to the Ukraine scandal that led to the US president’s impeachment.

John Rood, the Pentagon’s top policy official, certified that Ukraine had made sufficient reforms to be eligible to receive $250 million in military aide.

That undercut Trump’s argument that the funds had been withheld out of concern over corruption rather than to pressure Kiev to investigate his political rivals, as Democrats alleged.

No reason was given for the president’s request for Rood to resign, but it follows similar White House actions against national security officials who testified about Ukraine in the impeachment hearings.

In recent months, however, reports have surfaced that Rood’s abrasive personality had made him enemies within the Pentagon and the White House National Security Council.

In a letter to the president, Rood said he had learned from defence secretary Mark Esper ‘that you requested my resignation from serving as under secretary of defence for policy.’

‘Senior administration officials appointed by the president serve at the pleasure of the president, and therefore, as you have requested, I am providing my resignation effective February 28, 2020,’ he wrote.

Trump thanked Rood for his service in a tweet linked to another tweet by a Bloomberg reporter that said the Pentagon official had faced pressure to resign ‘from some who had lost confidence in his ability to carry out Trump agenda.’-AFP