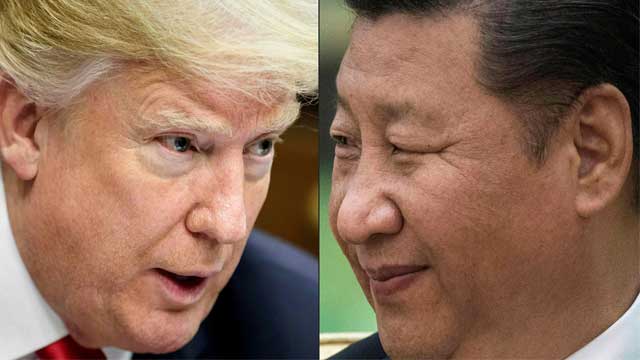 The United States president Donald Trump threatened to cut ties with China over its role in the spread of the coronavirus, as the global death toll from the disease topped 300,000.

Despite fears of a second wave of infections, national and local governments around the world were easing lockdown orders as they tried to get stalled economies moving again.

But there were warnings on Friday that some of the world’s poorest people remained the most vulnerable, with predictions that a quarter of a billion Africans could be infected without urgent action.

Epidemiologists had long warned that the virus could race through the cramped, sewage-soaked alleys of the camps, where the persecuted Muslim minority had lived since fleeing a military offensive in neighbouring Myanmar more than two years ago.

Social distancing was all but impossible in such close quarters, and health experts said that only a vaccine will prevent widespread infection.

Despite scientists working flat out towards that aim, experts said that it could still be many months — or even years — away.

And without a robust roll-out plan, even highly developed countries could struggle to take advantage of any breakthrough.

In the US, the man formerly charged with developing a vaccine told lawmakers that the government in Washington had no ‘master plan’ to fight the pandemic and was unprepared to distribute enough vaccines to immunise millions of Americans.

‘We don’t have a single point of leadership right now for this response,’ said Rick Bright, who was removed from his job last month.

The United States had registered almost 86,000 deaths linked to COVID-19 – the highest toll of any nation, with a third of all known global infections.

In an interview aired on Thursday, Trump again accused Beijing of concealing the true scale of the problem after the virus emerged in Wuhan late last year.

‘I’m very disappointed in China. I will tell you that right now,’ he said.

Asked how the United States might choose to retaliate against what he had dubbed the ‘Plague from China’, Trump said, ‘We could cut off the whole relationship’.

The US and China were the world’s two largest economies, doing hundreds of billions of dollars of mutually beneficial trade every year.

Nevertheless, the US president was keen to make Beijing the bogeyman in an election year when gloomy news had become par for the course.

New figures showed a further three million job losses, taking the newly unemployed to 36.5 million – more than 10 per cent of the US population.

Over a third of them will have trouble paying their bills, a survey has revealed.

States were slashing their budgets because of tax shortfalls caused by the job losses, with California announcing it would have a $54 billion deficit this year.

Germany’s treasury was also expecting a big hole in its budget, with around 100 billion euros wiped off the tax take in 2020.

Europe’s biggest economy had already slipped into a recession, with GDP expected to shrink by 6.3 per cent this year – the biggest contraction since 1949.

Much of Europe appears to be over the worst, with more parts of the continent opening up.

Austria and Germany were expected to open their border on Friday, while Latvia, Lithuania and Estonia were set to create their own ‘mini-Shengen on the Baltic’, allowing free movement among the three countries.

But in Latin America, the news was looking increasingly dire.

Thousands of fresh graves were being dug in the Chilean capital’s main cemetery, as the infection rate soared and as Santiago entered lockdown from Friday.

‘We realise that this is a historical moment and that we may need more graves, because we see what’s happened in other countries,’ cemetery director Rashid Saud told the news agency.

The virus had been slower to take hold in Latin America, but numbers were rising rapidly.

Africa, which had also appeared to have escaped the worst of the disease so far, was a hotspot waiting to happen, the World Health Organisation warned on Friday.

Researchers said that fragile health systems on the world’s poorest continent could quickly be overwhelmed, with modelling suggesting 231 million people could become infected.

Around 150,000 of them would be expected to die, the study, published in the journal BMJ Global Health suggested.-AFP