RAB is not deployed in UN missions as unit: UN spokesperson 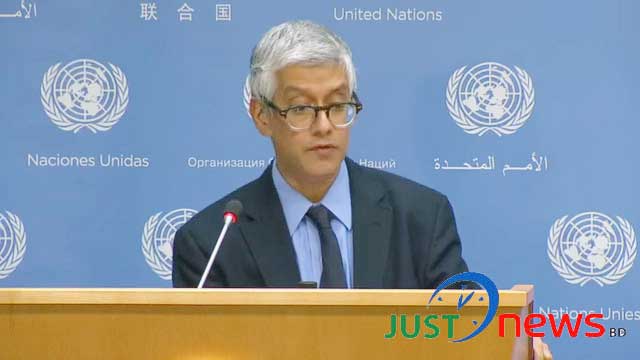 All allegations of human rights violations should be investigated by the relevant national authorities, he added.

The Deputy Spokesman said this to clarify UN’s response on the letter of 12 international human rights organizations demanding a ban on Bangladesh’s elite force Rapid Action Battalion from UN peacekeeping.

In a written reply to Just News on Friday Farhan Haq said, the Department of Peace Operations is in the process of providing a response to the letter.

The Secretariat is committed to deploying personnel that meet the highest standards of efficiency and integrity, including respect for and commitment to human rights and has established relevant procedures/mechanisms under its Policy on Human Rights Screening of United Nations Personnel, said Farhan Haq.

“The Policy on Human Rights Screening of United Nations Personnel places primary responsibility on Member States to ensure that the personnel they nominate for deployment have not been involved in past violations of international humanitarian and human rights law. In particular, all candidates for senior appointments undergo a suitability review, which includes a screening for human rights and conduct and discipline as per UN policy,” the Deputy Spokesman added.