‘I will shoot you and cripple you for life’ 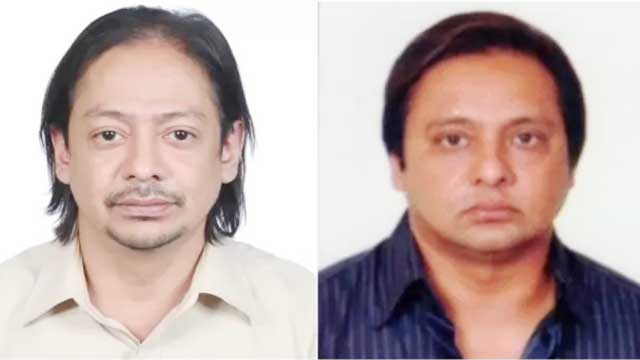 ‘Who do you think you are that you dare to disobey me? I will shoot you and cripple you for life,” Sikder Group managing director Ron Haque, gun in hand, threatened Exim Bank managing director Mohammad Haider Ali.

He even attempted to shoot the bank’s MD and additional MP Mohammed Firoz Hossain and tortured them. They were forced to sign blank sheets of paper.

This incident took place on 7 May at Sikder House on Road 11 of the capital city’s upscale area Banani. They had asked the bank for a Tk 5 billion (Tk 500 crore) loan and the torture and threats were in retaliation for not getting the loan in time. The two top officials of the bank have fallen mentally ill after this incident and are in fear and alarm.

These two bank officers were held hostage over the issue of collateral for the Tk 5 billion loan. They were summoned to the Banani house and held hostage there at 12 in the afternoon. Later at 7:30 in the evening they signed a bond and were released. Managing director of Sikder Group’s National Bank, Moshtaq Ahmed, was present at the time.

These allegations were made in a complaint filed by Exim Bank authorities with the Gulshan police station. This was ascertained by officials of various levels in the bank. However, no one in the bank was willing to discuss the issue.

These allegations have been brought against the two sons of Sikder Group’s proprietor Zainul Haque Sikder – the group’s MD Ron Haque and his brother Dipu Haque.

Gulshan police station officer-in-charge (OC) Md Kamruzzman told Prothom Alo, a case has been filed after a written complaint was submitted. The two accused are in hiding. We will arrest them as soon as they are located.”

It was stated in the case file that Sikder Group had some time back applied to Exim Bank for a Tk 5 billion loan. On 7 May, Ron Haque Sikder and National Bank’s MD Chowdhury Moshtaq Ahmed came to the bank’s head office in Gulshan. They showed the bank’s MD and additional MD papers of Adi Nawab Askari Jute Mills in Rupganj as collateral for the loan. The bank’s MD and additional MD said that following an inspection, it was seen that the value of the property was less than shown in the documents.

After that, Ron Sikder told them to inspect his Icon Tower in Purbachal. When they went to inspect the tower, neither Ron Haque Sikder nor Chowdhury Moshtaq Ahmed were there and as the road was unfamiliar, the MD and additional MD began making their way back by the 300 ft road.

The Exim Bank additional MD was forced into the Exim Bank MD’s car and a security guard of Sikder also got in. He snatched away the MD and additional MD’s mobile phones and took them to Sikder House where they were held hostage.

Torture and signing a blank paper

According to the case statement, they were taken to the third floor of Sikder House where Ron Haque Sikder told the Exim Bank MD, “Who do you think you are that you dare to disobey me? I will shoot you and cripple you for life.” He threatened him at gunpoint to issue the loan.

Then the additional MD was taken to the third floor where two foreign security guards kept watch on them. Ron Haque Sikder and Dipu Haque Sikder forced the MD to sign a blank sheet of paper. They threatened to have them tortured by the foreign security guards in a torture cell. They also made the additional MD sign a blank sheet of paper.

At 5:30 in the afternoon, they were taken to the Sikder Group chairman Zainul Haque Sikder and were photographed with him. At 7:30 in the evening they were finally released along with their two drivers. Ron Haque came downstairs and gave them back their mobile phones.

The Sikder Group has investments in banks, power, health, education, housing, construction, aviation and other sectors. They also have business in Thailand, Singapore, Canada and the US, according to the group’s website. Zainul Haque Sikder’s sons are involved in the business. His daughter Parveen Haque Sikder is an MP in the reserved seats for women.

Top officials of several banks were contacted in this regard. They were shocked at this incident taking place amid the coronavirus pandemic. No one wanted to make any comment openly. They said this just is proof of how loans are taken from banks and why these are not recovered. An MD said, how can the banks run if there is such torture? Unless action is taken over this incident, no one is safe. Several of the MDs said that the government must directly intervene to prevent such harassment of the senior bank officials or else no one will be able to pay attention to their work.-Prothom Alo