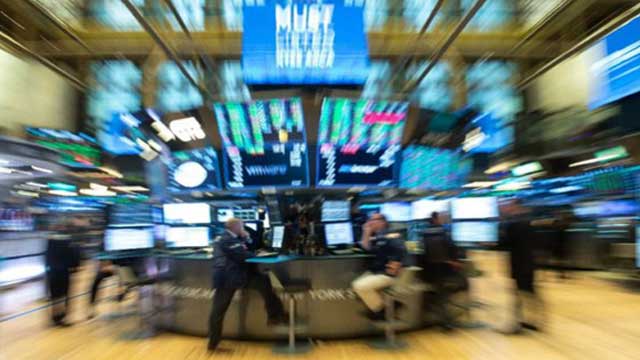 Stock markets in Europe and the United States slipped on Friday after several days of gains as investors took a breather in the absence of fresh news on trade talks between Beijing and Washington.Earlier, Asian markets ended the week mostly on a higher note.

Key European markets were as much as half a percent lower at the close, while Wall Street finished a sleepy session marginally lower.

“US stocks are lower for the first day this week, paring a third-consecutive weekly advance that has come from lingering trade optimism and cooled concerns regarding the Fed making a policy mistake,” said analysts at Charles Schwab.

“Equities are slipping amid likely caution ahead of the ramp up of earnings season that coincided with the Q4 market tumult,” they said.

But analysts also said that the first full trading week of 2019 showed a solid performance after a tumultuous month of December for equities.“Despite a lackluster end to the week, 2019 has managed to get off to a decent start despite equity markets finishing 2018 very much on the back foot,” said Michael Hewson, chief market analyst at CMC Markets UK.

This week investors have been riding a wave of optimism on signs that China and the United States could eventually reach a trade deal — but there has been no concrete news yet even though both sides indicated that talks had been productive.

“Traders have yet to hear any further details about the US-China trade talks,” said CMC Markets UK analyst David Madden, saying in the meantime markets “appear to be taking a breather.

”Sentiment was also boosted this week after Federal Reserve chief Jerome Powell indicated the US central bank would likely slow the pace of interest rate hikes.Fed minutes Wednesday showed policymakers were happy to hold off any more rate hikes as they assessed the state of the economy, backing up dovish comments last week by Powell.

These positive factors have allowed investors to set aside fears over a global economic slowdown that pummeled markets in December, as well as mounting concerns over a prolonged US government shutdown due to a budget dispute between President Donald Trump and congressional Democrats.

A key catalyst for markets in the coming period will be fourth-quarter earnings period, which begins in earnest with results from JPMorgan Chase and other large banks.Among individual companies, General Motors surged 7.1 percent after forecasting better-than-expected profits for 2018 and 2019 following the job cuts announced in December.

The outlook also predicted solid sales in both the United States and China, despite trade war uncertainty that has raised uncertainty in both markets.