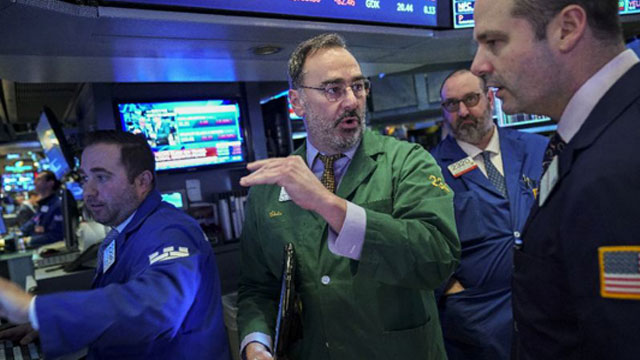 World stocks rose Friday, ending a shaky week on a positive note as investors looked ahead to crucial trade talks next week between China and the United States, and responded to solid corporate earnings reports.

US President Donald Trump announced he had agreed to re-open the federal government after public services started to buckle — but markets appeared little moved, BSS reports.

European and US equities barreled higher after a strong performance in Asian equity markets.
Karl Haeling of LBBW told AFP Wall Street was most receptive to positive news.

“The market still trades with this bias to react more to positive news than negative news,” he said.

He also noted that in the late afternoon markets largely expected Trump to blink first in the battle of wills over the government shutdown.

“Once we got confirmation, it gave the market no support at all.”

Earlier in the day, The Wall Street Journal also reported that the Federal Reserve was considering curtailing the runoff of its multi-trillion-dollar bond holdings, lifting investor sentiments.

Intel sank 5.5 percent on disappointing earnings but investors largely looked past this, cheered by a run of other good quarterly results.

The good feeling extended to the tech sector, with Apple, Amazon, Google-parent Alphabet and Facebook all posting solid gains.