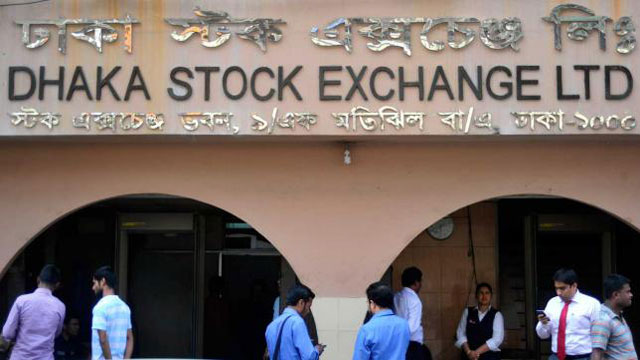 The market remained bullish during the week with a profit-taking session on Tuesday as investors kept injecting fund in sector-specific stocks, stockbrokers said.

The share prices of LankaBangla Finance Limited soared by 7.6 per cent, drawing the highest turnover in the week with its shares worth Tk 437 crore changing hands.

The non-bank financial institution’s scheduled record date on November 26 for entitlement of rights share attracted many of the investors’ attention.

Moreover, the average share prices of energy, pharmaceuticals and non-bank financial institutions increased by 1.32 per cent, 0.88 per cent and 0.75 per cent respectively that helped the market see another record session.

Despite a surge in share prices of most of the scrips, the market ended the week with marginal gains as banks declined after a surge in recent weeks.

Besides, many investors became disheartened following Tuesday’s news reports that the amount of non-performing loans in banks increased further during the third quarter (July-September) by Tk 6,833 crore and the amount totalled at Tk 8,0307.21 crore as of September 30 rising from Tk 74,148 crore as of June 30 this year.

As a result, the average share prices of banks declined by 0.53 per cent over the week, but a surge in share prices of AB Bank, Shahjalal Islami Bank and Pubali Bank saved the overall sector from a significant fall.
Out of the 30 traded bank scrips, 21 declined and just nine advanced in the week.

The average share prices of real estate, telecommunications and cement lost 3.28 per cent, 1.50 per cent and 1.00 per cent respectively.

The daily average turnover on the bourse increased by 6.16 per cent to Tk 994.74 crore last week compared with that of Tk 936.99 crore in the previous week.

‘Investors’ sentiment regarding the market remained positive and buoyancy prevailed throughout the week,’ said EBL Securities in a weekly market commentary.

Eastern Cables gained the most in the week with 27.06 per cent increase in its share prices, while Gemini Sea Food was the worst loser, shedding 51.20 per cent.