US presidency is ‘one more reality show’ for Trump, says Barack Obama 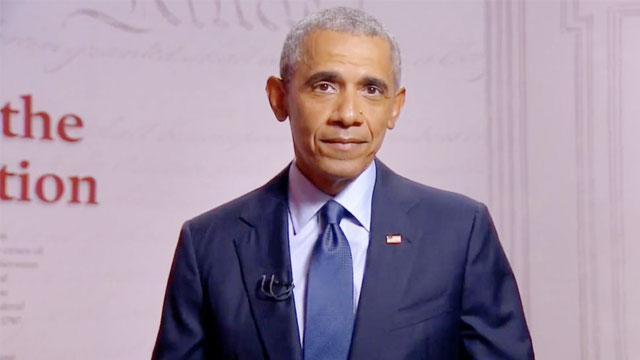 Former United States President Barack Obama on Wednesday delivered a scathing rebuke to his Republican successor Donald Trump during the third night of the Democratic convention, accusing him of unleashing America’s “worst impulses” and treating the presidency like “one more reality show”, CNN reported.

Obama, while making a case for Democratic presidential nominee Joe Biden, said that Trump never took his office seriously. “For close to four years now, he’s shown no interest in putting in the work; no interest in finding common ground; no interest in using the awesome power of his office to help anyone but himself and his friends; no interest in treating the presidency as anything but one more reality show that he can use to get the attention he craves,” said Obama, who delivered his address from the Museum of the American Revolution in Philadelphia.

Another highlight of the convention was Senator Kamala Harris formally accepting the nomination to be Biden’s running mate for the election in November. Harris is the first African American as well as Asian American woman to run for vice president. This comes at a time when the country has witnessed huge protests against racism and police brutality in the wake of George Floyd’s killing.

Obama warned that the future of American democracy is on the line in the race between Trump and Biden. “This administration has shown it will tear our democracy down if that’s what it takes to win,” he said. “So we have to get busy building it up – by pouring all our effort into these 76 days, and by voting like never before – for Joe and Kamala, and candidates up and down the ticket, so that we leave no doubt about what this country we love stands for – today and for all our days to come...That’s how a democracy withers, until it’s no democracy at all. We can’t let that happen. Do not let them take away your power. Don’t let them take away your democracy.”

Obama said his successor’s failure has left 1,70,000 Americans dead from the coronavirus, cost millions their jobs and threatened democracy both at home and abroad. “Tonight, I am asking you to believe in Joe and Kamala’s ability to lead this country out of these dark times and build it back better,” he added.

“But here’s the thing: no single American can fix this country alone. Not even a president,” he said. “Democracy was never meant to be transactional – you give me your vote; I make everything better. It requires an active and informed citizenry. So I am also asking you to believe in your own ability – to embrace your own responsibility as citizens – to make sure that the basic tenets of our democracy endure.”

Obama’s words echoed those of his wife, Michelle Obama, who on Monday night had said that Trump had proven he was incapable of meeting the moment and called him the “wrong president” of the country and someone “clearly in over his head”.

Obama, who was president when Biden was vice president from 2009 to 2017, described the latter as his “friend” and “a brother”. He added: “Twelve years ago, when I began my search for a vice president, I didn’t know I’d end up finding a brother. Joe and I came from different places and different generations. But what I quickly came to admire about him is his resilience, born of too much struggle; his empathy, born of too much grief. Joe’s a man who learned – early on – to treat every person he meets with respect and dignity...”