DPRK, S.Korea call for end to war on peninsula 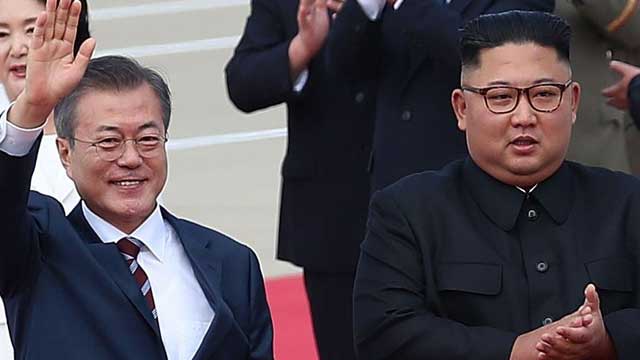 Seoul, Oct 6 (Just News): The Democratic People’s Republic of Korea (DPRK) and South Korea called for a complete end to the danger of war.

The appeal was issued on Friday at an event held here to celebrate the 11th anniversary of the 2007 inter-Korean summit and released on Saturday by the Korean Central News Agency.

Kim Yong Nam, president of the Presidium of the Supreme People’s Assembly of the DPRK, and Unification Minister of South Korea Cho Myoung-gyon were present at the ceremony.

The two sides called for “a complete end to the danger of a war on this land and turn our land into the peaceful one without nuclear weapons and nuclear threats.”

In October 2007, then DPRK leader Kim Jong Il and then South Korean President Roh Moo-hyun held a summit in Pyongyang. Both sides announced a declaration on the development of inter-Korean relations and peace and prosperity.

The South Korean delegation led by Cho and Lee Hae-chan, chief of the ruling Democratic Party, arrived in Pyongyang on Thursday.-Xinhua