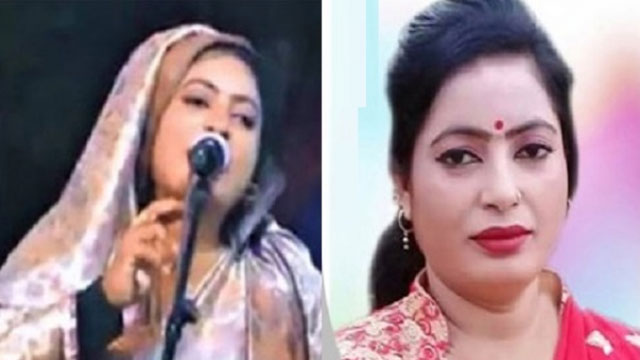 A court has issued arrest warrant against three people, including Baul singer Rita Dewan, in a case filed under the Digital Security Act for hurting religious sentiments.

The other accused in the case are Shahjahan and Iqbal.

On October 29, the investigating officer of the case, Police Bureau of Investigation (PBI) Inspector Mizanur Rahman, filed the report against the trio.

Imrul Hasan, a member of the Dhaka Bar Association, filed the case under the Digital Security Act in the court on February 2. The judge thn directed the PBI to investigate the allegations and submit the report.

Imrul said Rita made derogatory comments regarding Allah while competing with another singer in a mystic song duel [Pala gaan] at a recent event.

As the song went viral on YouTube, it hurt the religious sentiment of the lawyer. He also claimed that the song hurt the sentiments of the "Muslim community."

Section 28 (1) of the Digital Security Act 2018 says that "if any person or group intentionally or knowingly with the aim of hurting religious sentiments or values or with the intention to provoke publish or broadcast anything by means of any website or any electronic format which hurts religious sentiment or values, then such activity of that person will be considered an offence."

Meanwhile, Rita apologized on February 1 in an interview on YouTube channel Gaan Rupali HD after the song went viral on the Internet.