Ban on vessel movement from, to Dhaka from Tuesday 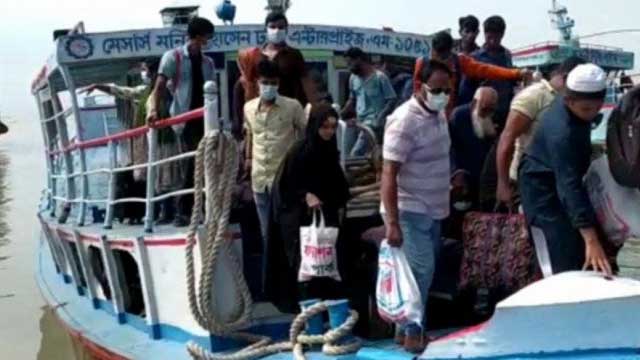 The Bangladesh Inland Water Transport Authority (BIWTA) has imposed a ban on the movement of passenger vessels from and to Dhaka for nine days from Tuesday to curb the rising number of coronavirus infections and deaths.

In an urgent notice on Monday, the BIWTA said the ban would be effective from 6am Tuesday till midnight June 30, reports BSS.

The notice was issued after the Cabinet Division imposed restrictions on all kinds of movement in seven districts: Manikganj, Narayanganj, Munshiganj, Gazipur, Madaripur, Rajbari, and Gopalganj.

However, goods-laden and emergency service vessels remain out of the purview of the ban.

Earlier in the day, it was reported that launches, speedboats and trawlers on all river routes and waterways in the seven districts, including Dhaka-Mirkadim or Munshiganj, Narayanganj-Munshiganj or Chandpur or Naria, Shimulia-Banglabazar or Majhikandi, Aricha-Kazirhat, and Paturia-Daulatdia will remain suspended during the period.

Meanwhile, long route buses to and from Dhaka have been suspended again from Tuesday as part of the emergency measures taken by the government.

Previously, the government suspended all public transports for seven weeks from April 5 to combat Covid-19.

According to the health authorities, the test positivity rate in the country climbed to 19.27% on Monday, with 4,636 people infected. A further 78 people died from Covid-19 on the day.