Physician picked up by men in plain clothes from Rampura: Victim’s father 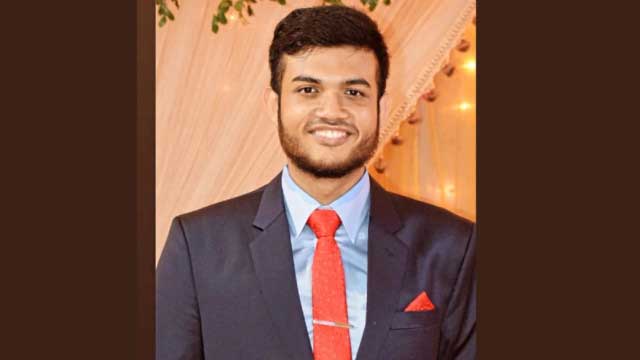 Identifying themselves as members of Criminal Investigation Department (CID), four men in plain clothes picked up a physician from Dhaka's Rampura area on Sunday, the victim's father claimed today.

Wali Ullah said he has been living with his wife and children in house number 68/1 of East Hajipara for almost two decades.

Around 3:00pm on Sunday (September 11), four men in plain clothes went to Wali Ullah's house identifying themselves as CID members when he was at work.

"They took Shakir away from the house for questioning. Without disclosing their names, they just said we are CID members," he said.

Wali Ullah also said he later contacted Rampura Police Station but police said they did not know anything about it. He wanted to file a general diary (GD) but police did not take it and they (police) just took a note in the diary.

Rafiqul Islam, officer-in-charge (OC) of Rampura Police Station, meanwhile told The Daily Star that "Dr Shakir's family came to the police station to file a GD. We took note of their statements. We are looking into it."

The victim's father said a group of four to five people came to their house again around 10:00pm the same day and identified themselves as CID men. They searched Shakir's room and took away a mobile phone but have not given details of themselves.

"They told me Shakir is in the CID's Malibagh office. They came to the residence for the second time to investigate," said Wali Ullah.

He said he went to the Malibagh CID office yesterday in search of his son but he couldn't find him.

When he went to the CID office and contacted the reception, he was unable to get information from there, said Wali Ullah.

"Later, I wanted to file a GD with Rampura Police Station again, police officer Golam Mawla told me that it is sure that Shakir has been taken away by the state intelligence agency. For this, it is not possible to file GD," said the victim's father.

Wali Ullah also said his son was involved in Islami Chhatra Shibir in 2018 and 2019 and also served jail for one month but now he is freed from jail on bail and now has no link with any political party.

Azad Rahman, additional police superintendent (public relations) of CID said that no CID member picked up such person for interrogation.