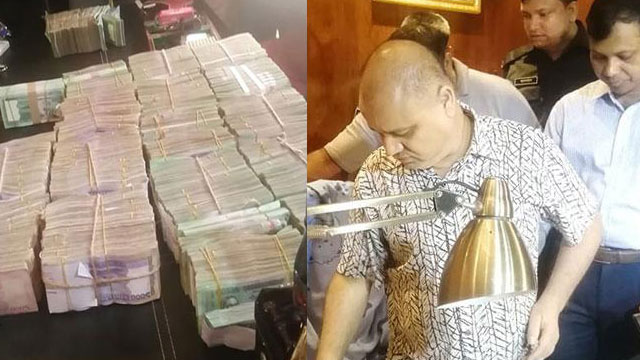 A team of RAB 1 led by its executive magistrate Sarwoer Alam went to house 144 on road 5 of Niketan around 12:30pm and detained them with huge amount of money and liquor, RAB official said.

The drive was being conducted as part of the crackdown on illegal casinos and businesses after Awami League president Sheikh Hasina vented anger on some Juba League leaders narrating their illegal acts.

Magistrate Sarwar Alam told reporters that they are conducting the operation based some specific allegations against Shamim.

He said they will brief reporters about the drive once it is completed.

Shamim is known as an influential contractor of Sabujbagh, Basabo and Motijheel areas of the capital.