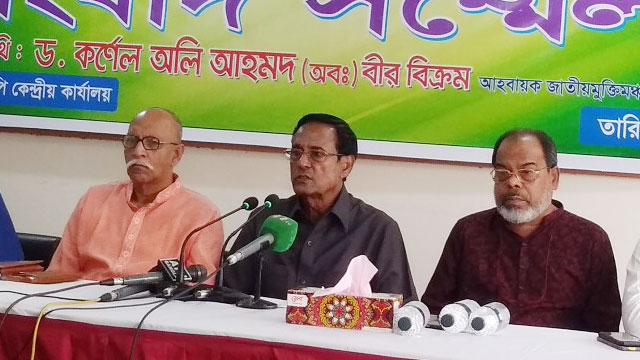 “It is unthinkable that the chief of the highest academic institution is involved in bribery,” he said this while addressing a press conference arranged by Jatiya Muktimancha at the LDP headquarters in Dhaka this morning.

“The government is saying that they will take steps after getting proof, but what more proof are needed to go such action,” he raised the question pointing finger at the prime minister.

“The whole world has heard the phone conversation of briefing Chhatra League leader, but only the ruling Awami League’s leaders couldn’t hear it,” he added.

“We request on behalf of the people to immediately arrest the vice-chancellor,” he said.

He also urged the authorities to arrest all people involved in the corruption allegations and find out the people behind scam.

About the recent crackdowns on casino business in Dhaka, Oli Ahmed called upon the law enforcement agencies to find out real owners of the casinos business and bring them to justice.