Crackdown on casinos: Raid at 4 clubs in Dhaka 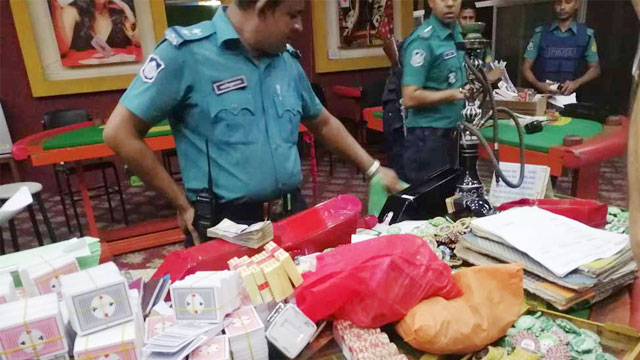 In a major clampdown on gambling, police are raiding four different clubs in Dhaka.

“After seizing the equipment, we locked up the club.”

Motijheel police station Officer-in-Charge (OC) Omar Faruk said: “Our deputy commissioner was present on the spot during the raid. Details regarding the matter will be disclosed later.”

In a major clampdown on gambling, Rapid Action Battalion (RAB) and police raided different clubs in Dhaka and Chittagong and busted illegal casinos.

Several people were also detained in these raids.