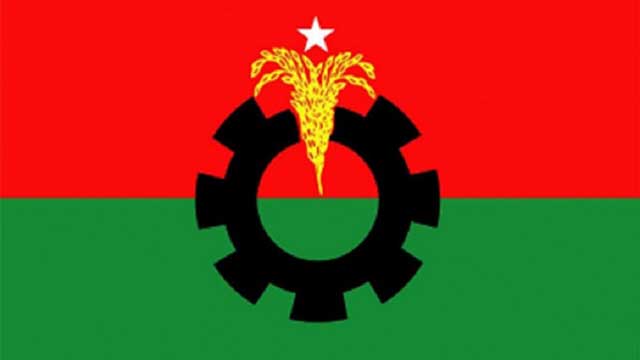 The Bangladesh Nationalist Party (BNP) has decided to hold their rally at Naya Paltan in Dhaka on 10 December though the Dhaka Metropolitan Police (DMP) authorities have given them permission to hold the rally at Suhrawardy Udyan on 26 conditions.

According to the sources in the BNP, the party has rejected the decision of the police and will inform the law enforcement agency about its decision soon.

DMP on Tuesday informed the BNP about the permission to hold the rally at the Suhrawardy Udyan in the capital in a letter sent to BNP’s senior joint secretary general Ruhul Kabir Rizvi. The letter states, a rally in Naya Paltan, as requested by BNP, will cause “traffic congestion and sufferings for people”. Therefore, they gave permission to hold BNP’s divisional rally at the Suhrawardy Udyan from 12 pm to 4 pm.

The leaders of two major parties -- ruling Awami League and de facto opposition BNP -- have been giving counter statements regarding the venue of BNP’s divisional rally over the past couple of weeks. BNP standing committee held a meeting in this regard on Monday night.

According to the sources in the party, BNP decided to hold the rally in Naya Paltan during the meeting. The next day, DMP informed BNP about their decision in writing. Following that, BNP leaders, including secretary general Mirza Fakhrul Islam Alamgir and Ruhul Kabir Rizvi, held a meeting and discuss the matter with the party’s acting chairman Tarique Rahman on Tuesday evening.

Speaking to Prothom Alo regarding this, BNP secretary general Mirza Fakhrul Islam Alamgir said, “We want to hold the rally at Naya Paltan. This is our final decision.”

The sources in the BNP say the party will reject DMP’s decision. However, the decision on whether to inform the DMP about their decision in writing with their points or to hold a press conference in this regard, was not taken until Tuesday.

On 24 November, home minister Asaduzzaman Khan said at a programme that BNP would be granted permission to hold the rally at the Suhrawardy Udyan. Before that, in the meeting of Awami League's nomination board at Ganabhaban on 19 November, there was a discussion about not allowing BNP to hold a rally outside the Suhrawardy Udyan.

Finally, on Tuesday, DMP officially informed the BNP about their decision through a letter. The first of 26 conditions mentioned in the letter states, this is not a permission to use the space. The permission for using the space must be obtained from the concerned authority.

The second condition of the DMP states that BNP will have to abide by the conditions given by the Public Works Department as well.

The other conditions given by the DMP are -

1. All activities of the rally will have to be held within the boundary of Suhrawardy Udyan.

2. A sufficient number of volunteers (with visible ID card) will have to be deployed at its own management at the venue to ensure security.

3. CCTV cameras with higher resolution will have to be set up in and out of the venue at own management at the directives of the local police administration.

4. Archway will have to be established in all entrances at its own management.

5. All vehicles of the rally will have to go through a vehicle scanner and search mirror.

6. Fire extinguishing measures will have to be taken at own management

7. No mike and sound box can be set up outside the Suhrawardy Udyan.

8. No projector can be installed outside the Suhrawardy Udyan.

9. No mike and sound box can be used during Azan, Namaz and other religiously sensitive periods.

10. Gathering won’t be allowed at road and footpath outside the Suhrawardy Udyan.

11. No remark and caricature can be displayed and delivered over the issue that could hurt the religious sentiment.

12. All the activities of the gathering will have to be finished within the stipulated time.

13. People are allowed to come to the venue two hours before the rally is held.

14. At any condition, traffic and the people’s movements cannot be disrupted on the roads nearby the venue.

15. No stick and iron rod can be brought to the rally venue in the guise of carrying flags, banners and festoons.

16. No activities that could hamper the public safety and the law and order are now allowed.

17. No anti-state activities or speeches can be made.

18. No provocative speech or leaflet can be delivered.

19. It is not allowed to come to the rally venue in a form of procession

20. Vehicles will have to be parked in designated areas. They cannot be parked on main street.

21. Organisers will be held responsible if the law and order situation is disrupted in the rally spot.

22. The gathering will have to be conducted maintaining the proper health guidelines.

23. The permission will be deemed cancelled as soon as the aforementioned conditions are not properly met.

24. The authority has the right to cancel this permission without issuing any show-cause notice in public interest.

Speaking to Prothom Alo regarding this, BNP's senior joint secretary general Ruhul Kabir Rizvi said, “We have applied for holding the divisional rally at Naya Paltan. And the DMP has put conditions for holding the rally at the Suhrawardy Udyan. Therefore, there is no relation between our rally and the conditions given by the DMP.”

“We are taking all the preparation needed to hold the divisional rally at Naya Paltan,” he added.