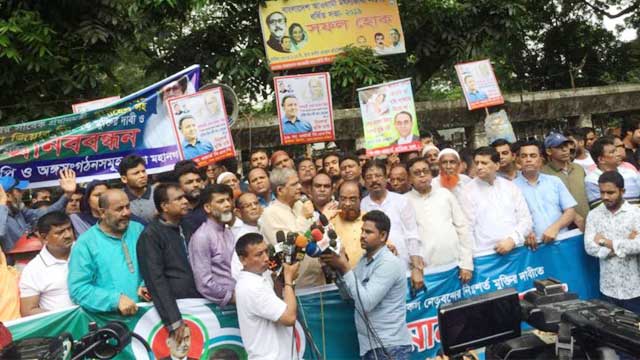 BNP on Saturday alleged that the incidents of killing, rape and other social crimes marked a sharp rise due to serious slide in law-and-order situation.

Speaking at a human-chain programme, he further said the incidents of rape, dacoity and plundering are growing while people have no security of their lives with the deteriorating law-and-order situation.

Referring to newspaper reports, the BNP leader also said 12 people are killed every hour on average either by in road accident or other killing incidents.

BNP’s Dhaka south city unit arranged the programme in front of the Jatiya Press Club demanding the release of its Chairperson Khaleda Zia and another leader Habibun Nabi Khan Sohel.