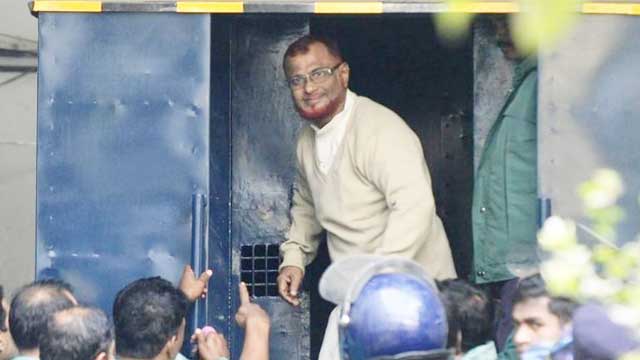 Jamaat-e-Islami leader ATM Azharul Islam's lawyers have prepared a 26-page review petition containing 14 grounds for seeking reconsideration of the Supreme Court verdict that upheld his death penalty for his involvement in genocide and crimes against humanity during the 1971 Liberation War.

The review petition will be filed with the apex court when it reopens after the ongoing nationwide shutdown, Advocate Shishir Manir, a defence lawyer for the Jamaat-e-Islami leader said today.

The SC was originally scheduled to reopen on March 29 after an annual vacation. But authorities declared all courts to be closed across the country till April 4 due to the coronavirus outbreak. Then the shutdown was extended till May 5.

The authorities may further extend the court closure in line with the government's decisions, SC sources said.

"We have prepared the review petition for ATM Azharul Islam, including a total of 14 grounds on which the Appellate Division of the Supreme Court may consider to exempt him from the charges brought against him," Advocate Shishir Manir said.

The defence lawyer said "One of the four judges of the Appellate Division bench has disagreed with other three judges who upheld death penalty for ATM Azharul Islam on a few charges. The reasons assigned by the judge in passing dissenting opinions have been included as the main grounds of the review petition."

Citing the grounds, Shishir Manir also said the statements of the witnesses don't fully support the incidents of charges brought against Azharul.

Meanwhile, Attorney General Mahbubey Alam earlier said that his office will oppose the review petition when the Appellate Division holds a hearing on it.

If the SC dismisses the review petition, Azhharul will have an option but to seek clemency from the president by confessing his guilt, he said.

"If the Supreme Court dismisses the review petition and the president rejects the mercy petition of Azharul Islam, if he seeks review and mercy, there will be no legal bar for the authorities concerned to execute the death sentence of Azharul," the attorney general said.

The SC on October 31 last year upheld the death sentence of ATM Azharul Islam. A four-member bench of the SC's Appellate Division, headed by Chief Justice Syed Mahmud Hossain, by a majority view delivered the verdict around five years after the International Crimes Tribunal-1 handed down capital punishment to Azhar for crimes committed in Rangpur in 1971.

It upheld four charges against Azhar, but acquitted him of another. The SC released the full text of the verdict on March 15 this year, clearing the way for Azharul to move a petition seeking review of the verdict.

Five Jamaat leaders have already been executed for committing crimes during the Liberation War, while another senior leader, Delawar Hossain Sayedee, was serving jail time for the same offences, until he died of natural causes.