US concerned over certain provisions of Digital Security Act 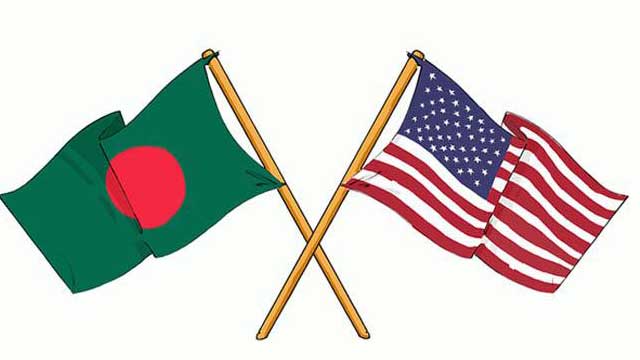 The United States encouraged Bangladesh to redouble efforts on protection of human rights and combating trafficking in persons and raised concerns over certain provisions of the Digital Security Act.

The country expressed the concern in the seventh US-Bangladesh Partnership Dialogue, co-chaired by Bangladesh Foreign Secretary Md Shahidul Haque and United States Under Secretary of State for Political Affairs David Hale, in Washington, DC, on Monday.

The two governments reaffirmed their commitment to enduring partnership, highlighting close cooperation on security, development, humanitarian assistance and disaster relief, and counterterrorism. The two governments agreed to continue to cooperate closely to advance a shared vision of a free, open, inclusive, peaceful, and secure Indo-Pacific region, according to a joint statement issued by the US Department of State.

The statement said, “The United States requested Bangladesh to continue the discussion on protection of classified military information shared between the two countries. Bangladesh indicated its interest in continuing the discussion. The two governments shared cybersecurity objectives, and agreed to explore cooperation, training, and technical support to advance mutual interests in this regard. The United States also committed to providing additional security assistance for Bangladesh to increase maritime domain awareness, piracy, and regional security coordination in the Bay of Bengal, pending congressional approval.”

The United States recognized Bangladesh's leading role in peacekeeping operations around the world, and the two delegations highlighted their joint pledge for an operational-level unmanned aircraft system (UAS) in partnership between Bangladesh as the troop contributing country and the United States in a capacity-building role, which was made during the March 2019 UN Peacekeeping Ministerial in New York, it added.

It further said, “The two governments emphasized the pressing need for Burma (Myanmar) to address the root causes of the crisis, and to create the conditions necessary for the voluntary, safe, dignified, and sustainable repatriation of Rohingyas to Burma (Myanmar). The United States committed to engaging the international community to mobilize additional assistance for the forcibly displaced Rohingyas temporarily staying in Bangladesh. The two governments agreed to continue to work closely with the global community including the United Nations and international organizations to continue to support the Rohingyas, and host communities, and to put effective pressure on Burma (Myanmar) for a resolution of the crisis.”

The statement said, “The United States and Bangladesh delegations discussed issues regarding freedom of expression and assembly. Bangladesh reaffirmed its commitment to rule of law, and highlighted PM Sheikh Hasina's declaration that her government would focus on human rights and anti-corruption measures. The United States encouraged Bangladesh to redouble efforts on protection of human rights and combating trafficking in persons and raised concerns over certain provisions of the Digital Security Act.”

On economic and development cooperation the statement said, “The United States praised Bangladesh's impressive economic growth and projected graduation from a least developed country to a developing country in 2024.”

“The United States will continue to support U.S. private sector involvement in Bangladesh through initiatives such as the recently concluded Trade Winds trade mission to Dhaka, as while both countries expand commercial ties through fair, reciprocal, and mutually beneficial trade. The United States would continue to promote U.S. business engagement in support of Bangladesh's development goals.”

The United States urged Bangladesh to continue progress on labor rights and workplace safety in line with International Labor Organization (ILO) standards and practices in Bangladesh.