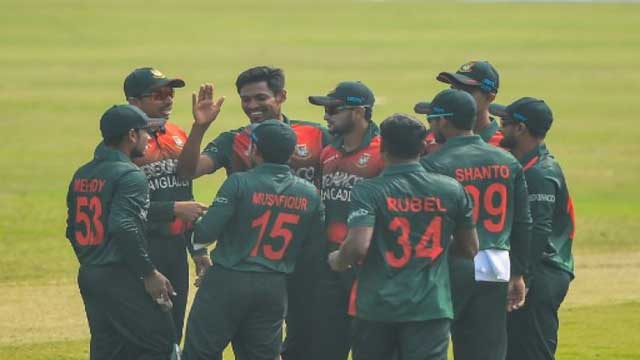 Mustafizur Rahman gave Bangladesh an early breakthrough by removing Sunil Ambris in the second one-day international of three-match series against West Indies the Sher-E-Bangla Stadium in Mirpur on Friday.

Mehidy Hasan took the catch at point as Ambirs fell for six runs in the fifth over.

The Tigers, who won the first match by six wickets on Wednesday, fielded an unchanged squad while West Indies brought one change to the team bringing in uncapped Kjorn Ottley for Chemar Holder.