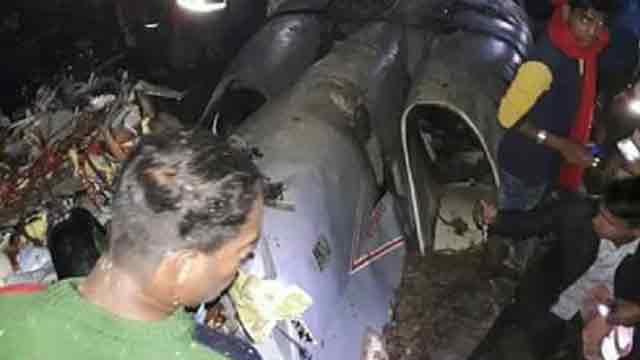 Fire broke out because of the collision of the planes carrying two persons each. Their wreckages fell down in two separate areas. Fire fighters were trying to douse the flames, local sources said.

Search was on for three others till filing of this report at around 8:00pm.

Officials concerned said the two aircraft were out of reach of the RADAR the moment they collided and crashed.

The two wrecked aircraft were found in Palpara and Komponia hilly areas, assistant superintendent of police of Cox's Bazar Shahidul Islam said referring to the BAF.