Bangladesh in 10 worst countries for workers 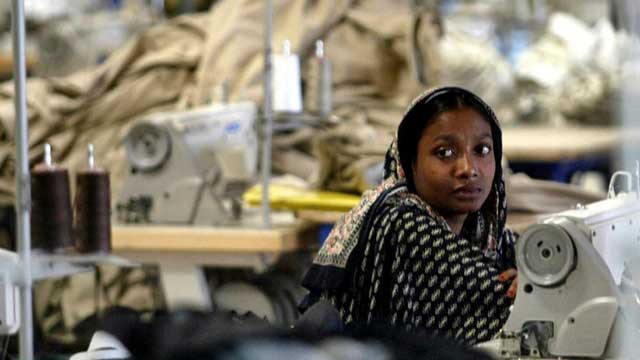 Bangladesh is among the 10 worst countries for workers in 2019, according to a global rights index prepared by the International Trade Union Confederation.

Brazil and Zimbabwe have entered the list of 10 worst countries for the first time, with the adoption of regressive laws, violent repression of strikes and protests, and threats and intimidation of union leaders, the report said.

The ITUC report ranked 145 countries against a list of 97 internationally recognised indicators of worker rights.

The ITUC documented violations of internationally recognised collective labour rights by governments and employers through 331 national unions in 163 countries.

The report said that trade union members were killed in 10 countries including Bangladesh, Brazil, Colombia, Guatemala, Honduras, Italy, Pakistan, the Philippines, Turkey and Zimbabwe and workers were exposed to violence in 52 countries.

Workers’ strikes were brutally repressed and severely punished by the governments of Bangladesh, Cambodia, India, Myanmar and Thailand, it found.

It also identified that conditions in Asia-Pacific deteriorated more than any other region with an increase in violence, violent attacks on workers, and criminalisation of the right to strike.

‘Workers in Bangladesh were exposed to mass dismissals, arrests, violence and state repression against peaceful protests. In the garment sector, strikes were often met with extreme brutality by police forces,’ the report said.

It said that in many countries, including Bangladesh, Cambodia and Indonesia, union-busting measures were frequent and workers attempting to form a union were systematically dismissed.

The report termed the criminal charges brought against 12 leaders and members of the Garments Workers’ Trade Union Centre in February, 2018, as false and said that the Bangladesh Garment Manufacturers and Exporters Association pressed the charges due to the leading role of the union in the campaign for increasing the minimum wage for garment workers.

The report said that in 2019 trade unionists were killed in Bangladesh and Zimbabwe following excessive use of police force during protests.

Sharan Burrow, general secretary of the ITUC, said that the breakdown of the social contract between workers, governments and businesses had seen the number of countries which excluded workers from their right to establishing or joining a trade union increasing from 92 in 2018 to 107 in 2019.

The greatest increase took place in Europe where 50 per cent of countries now exclude groups of workers from the law, up from 20 per cent in 2018, she said.

‘Decent work is being affected and rights are being denied by companies avoiding rules and regulations,’ Burrow said.

The ITUC report found that 85 per cent of the countries had violated the rights to strike while 80 per cent of them denied some or all workers the right to collective bargaining.

It showed that workers had no or restricted access to justice in 72 per cent of the countries and out of 145 countries surveyed, 54 denied or constrained free speech and freedom of assembly.

It also found that authorities impeded the registration of unions in 59 per cent of the countries and workers experienced violence in 52 countries.

‘Bangladesh has been picked as one of the “ten worst countries for workers in 2019”. There are countries where the lives of the workers are not even taken into any humane consideration. For example, in Colombia in 2018, 34 were murdered,’ BGMEA president Rubana Huq said in her reaction to the report.

She said reference to one worker being killed in early 2019 was mentioned all over the documents whereas two other major apparel exporters were mentioned as countries which had resorted to extreme violence (as per the report) and were not even included in the list of 10.

Regarding the allegation of mass termination, Rubana said that an eight-member committee comprising labour representatives and BGMEA had already been formed to investigate the cases and the trade body would stand for what is right.