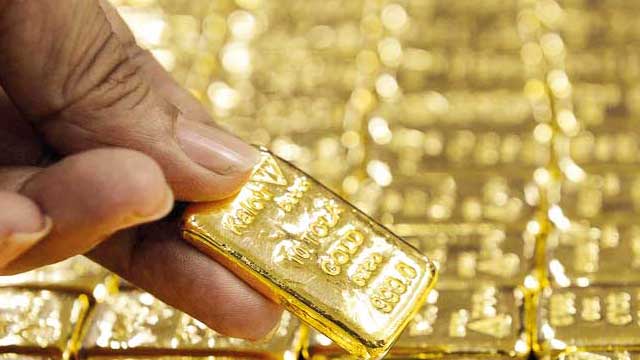 Bangladesh Jewellers Samity (BAJUS) increased prices of all types of gold, as each bhori of 22-carat gold would cost Tk60,361 per bhori, with effect from Sunday.

According to a statement of the Samity issued on Saturday, its General Secretary Dilip Kumar Agarwala said they had taken the decision as the price of dollar against the Taka was on the upward trend in local bullion markets.

For the traditional method, in which gold is acquired from old ornaments but there is no standard of purity, the price remains unchanged at Tk40,241 per bhori.

Price of silver also remains unchanged at Tk933 per bhori.