Deal with N Korea is ‘in the making’ 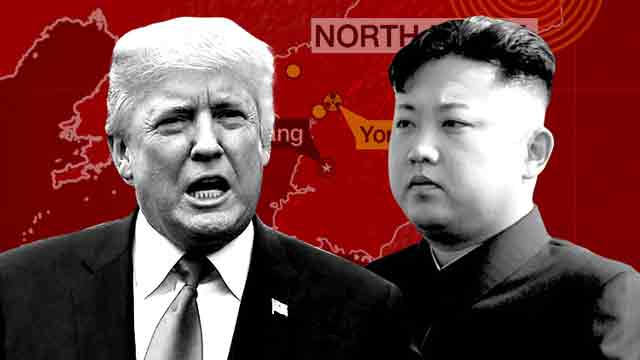 Washington, Mar 10 (Just News): The US President Trump has tweeted that a deal with North Korea is "very much in the making", a day after revealing he had agreed to meet its leader Kim Jong-un.

North Korea has yet to make a statement.

US media report that Mr Trump made the decision to meet without consulting key figures in his administration.

The top US diplomat, Secretary of State Rex Tillerson, was on his first official trip to Africa when the announcement was made.

Speaking to reporters on Friday from Djibouti, Mr Tillerson said: "That is a decision the president took himself."

"I spoke to him very early this morning about that decision and we had a very good conversation."
Mixed messages

Mr Trump stunned observers when he agreed to the summit following an invitation delivered by South Korea. No sitting US president has ever met a North Korean leader.

Confusion mounted when Mr Trump's own press secretary, Sarah Sanders, told reporters that North Korea has "promised to denuclearise". She added: "We're not going to have this meeting take place until we see concrete actions."

South Korean envoys - who recently met with Mr Kim in Pyongyang - have said North Korea is "committed to denuclearisation" as an end goal, but they have not said this would start before a meeting with the US.

Instead, North Korea is understood to have agreed to halt its testing programme as negotiations continue.

US Vice-President Mike Pence has pledged to maintain pressure on North Korea, and Mr Trump spoke with Chinese president Xi Jinping on Friday to agree to maintain sanctions for the time being.

There has been no mention of the meeting in North Korean media.

An initial statement from the South Korean delegation said the meeting would take place by May - but no place or date has officially been set.

The Korean border's demilitarised zone (DMZ) and Beijing are seen as possible venues.-BBC