Nikki Haley quits as US ambassador to UN 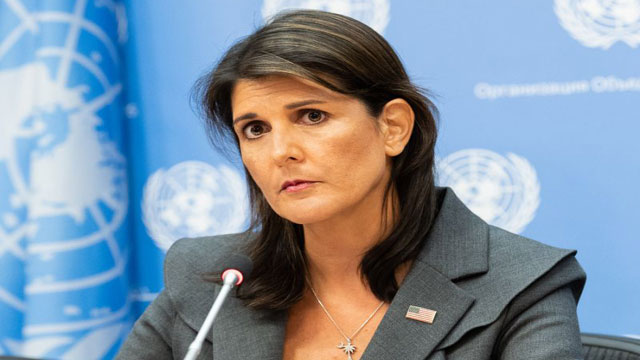 Washington, Oct 9 (Just News): US President Donald Trump has accepted the resignation of UN Ambassador Nikki Haley, according to US media.

The White House did not confirm the story, but said Mr Trump was meeting Mrs Haley in the Oval Office on Tuesday morning.

Mrs Haley was confirmed as US envoy to the UN in January 2017.

Mr Trump tweeted that he would be making a "big announcement" with "my friend".

The announcement comes after she served as the temporary president of the UN Security Council for one month.

In April, she clashed with the White House when a Trump aide suggested she had prematurely announced a new round of sanctions against Russia.

White House economic adviser Larry Kudlow told reporters Mrs Haley had gotten "ahead of the curve" by previewing the policy, putting her remarks down to "momentary confusion".

She fired back hours later telling Fox News: "With all due respect, I don't get confused."-BBC