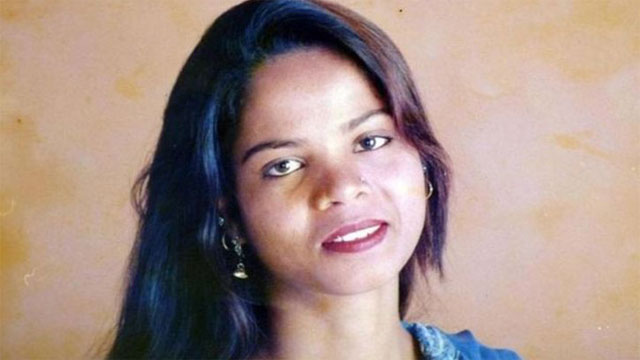 Islamabad, Nov 8 (Just News) : A Pakistani Christian woman acquitted of blasphemy after spending eight years on death row has been freed from prison, her lawyer says.

Some reports say Asia Bibi has boarded a plane but its destination was not known.

The Supreme Court ruling sparked protests from Islamists and the government had said it would bar her from leaving Pakistan.

Her husband had said they were in danger and pleaded for asylum.

Asia Bibi, a mother-of-five, was released from prison in the city of Multan, her lawyer Saif Mulook said.

Also known as Asia Noreen, she was convicted in 2010 of insulting the Prophet Muhammad during a row with neighbours.

Several countries have offered her asylum.

The Pakistani government has said it will start legal proceedings to prevent her going abroad after agreeing the measure to end the violent protests.

Many of the protesters were hardliners who support strong blasphemy laws and called for Asia Bibi to be hanged.

A spokesman for the hardline Tehreek-e-Labaik (TLP) party said Asia Bibi's release was in breach of their deal with the government.

The deal also saw officials agree not to block a petition for the Supreme Court to evaluate Asia Bibi's acquittal in the light of Islamic Sharia law.