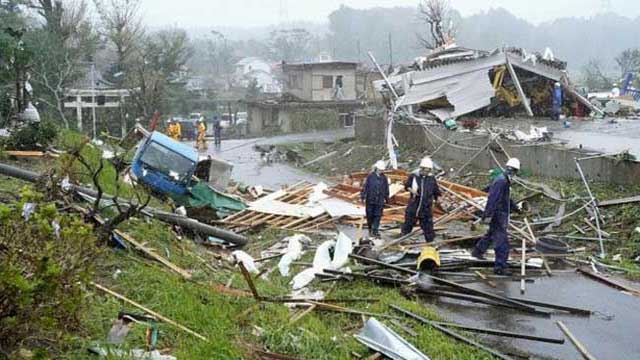 Nine people have died, and around 100 people injured as of 10:30 a.m. local time (0130 GMT) on Sunday as Typhoon Hagibis ripped through Japan, including the Tokyo metropolitan area, with many rivers overflowing into residential areas across a wide area of the country.

Meanwhile, 14 people were missing across the country, according to a Kyodo News tally based on the information provided by rescuers and other authorities. The number of the missing was 15 from an NHK tally.

The Oppe River overflowed and flooded the Shimo-osaka district in the city of Kawagoe, according to police and fire officials.

Authorities said about 260 people were stranded in a nursing home due to a flood in Saitama Prefecture, north of Tokyo, where they were using boats to rescue seniors and staff members stranded in the Kawagoe Kings Garden nursing home.