Authorities say at least 28 killed in landslides in Burundi 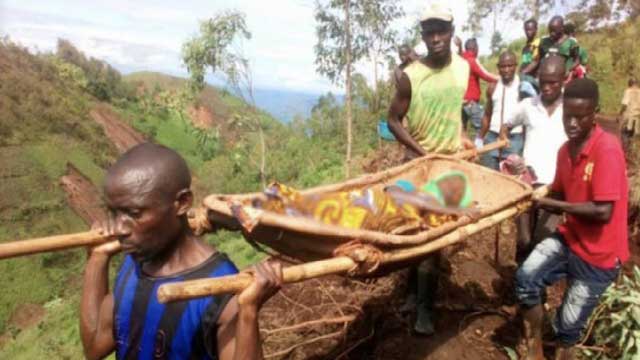 At least 28 people have died in landslides in Burundi and that toll could grow with many people missing, local authorities said Thursday, as East Africa continued to struggle with weeks of unusually heavy rains.

A local official in Mugina commune, Desire Ndagijimana told The Associated Press that the bodies had been counted in the hilly areas of Rukombe and Nyempundu communities in Cibitoke province in the northwest.

"Many other families, including husbands, wives and children, are still missing. We think they are under their houses' ruins," Ndagijimana said.

The chief of Nyamakarabo zone in Mugina commune, Renovat Ndayisenga, said local authorities and the Red Cross continued to search the hills for any survivors.

Several countries in East Africa, including Somalia, Kenya, Uganda and Djibouti, have reported deadly flooding and landslides in recent weeks of heavy rains, with more in the forecast for the region.