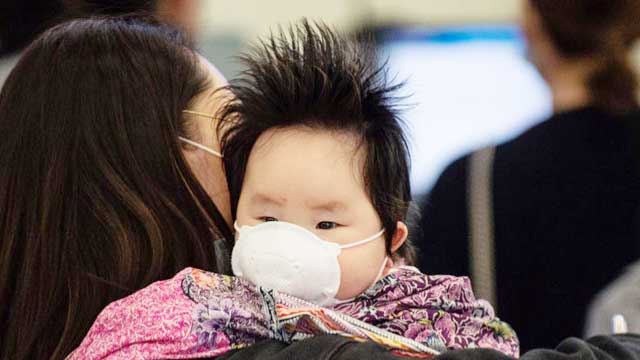 The death toll in China’s viral outbreak has hit 25, with the number of confirmed cases also leaping to 830, the government said on Friday.

The National Health Commission of China said authorities were also examining 1,072 suspected cases of the virus that first emerged in central city of Wuhan.

The markedly higher numbers were released just hours after the World Health Organisation stopped short of declaring the situation to be a global health emergency.

China has effectively quarantined nearly 20 million people across Wuhan and some nearby cities in response to the virus, and announced measures to curb its spread nationwide as hundreds of millions of people began travelling across the country this week for the Lunar New Year holiday.

Streets and shopping centres in Wuhan, a major industrial and transport hub, are now eerily quiet after authorities told residents not to leave the city of 11 million, where most of the cases have been identified.

Out of the total 830 confirmed cases, 177 were in serious condition, it added. Thirty-four people have been ‘cured and discharged’.

The respiratory virus emerged from a seafood and animal market in Wuhan and cases have been reported as far away as the United States.

The new virus has caused alarm because of its similarity to Severe Acute Respiratory Syndrome, which killed nearly 650 people across mainland China and Hong Kong in 2002 to 2003.

Japan’s health ministry said on Friday it had confirmed the country’s second case of a novel coronavirus strain, in a man who travelled from the Chinese city of Wuhan.

In a statement, the ministry said the man in his 40s was a resident of the Chinese city where the outbreak began and arrived in Japan on January 19.

He reported having had a fever for several days before his arrival but said that his condition had stabilised by the time of his arrival in Japan.

On January 22, he reported a fever and he is now in a Tokyo hospital receiving treatment, the ministry said.

The statement added that the man denied having visited the market in Wuhan identified as the source of the outbreak, and said he had worn a medical mask while travelling.

The case was confirmed just over a week after Japanese authorities reported the country’s first incidence of the new virus that has killed 18 and infected hundreds of others.

South Korea on Friday confirmed its second case of the SARS-like virus.

Seoul’s health ministry said a South Korean man in his 50s started experiencing symptoms while working in Wuhan on January 10.

He was tested upon returning to the country earlier this week, and was confirmed to be South Korea’s second case of the virus on Thursday, the ministry added. ‘The patient was adequately aware of the situation in Wuhan… and cooperated well with the health authorities’ requests during the monitoring period after returning home,’ the ministry said in a statement.-AFP