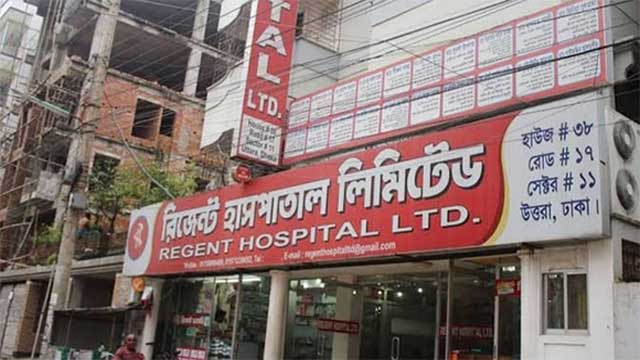 Members of Rapid Action Battalion on Thursday arrested a close associate of the chairman of Regent Hospital over issuance of fake coronavirus certificates from the hospital.

Sujoy Sarker, deputy director (media) of Rab Headquarters, said Tariqul Islam alias Tareque Shibli was arrested in a drive conducted in Nakhalpara area of the capital around 11am.

Important information was gleaned from him during primary quizzing, added Sujoy.

In further development, the head office of Regent group along with the both hospitals was sealed off and 16 people , including the chairman, were sued on charge of issuing fake coronavirus test reports.

On Wednesday, a Dhaka court put seven of the eight arrestees on a five-day remand while the rest one was sent to Tongi Juvenile Correction Center as he is below 18.