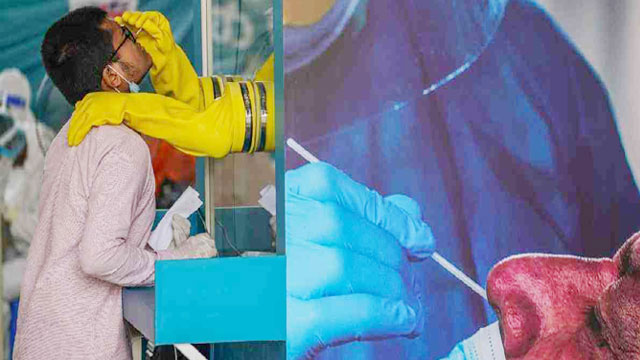 With 2,487 new infections confirmed during the same time, the total number of people infected with the virus so far rose to 2,57,600, that is, 20.44 per cent of the people who got tested for the virus since its emergence in the country on March 8.

‘A total of 1,766 COVID-19 patients have recovered in the period,’ said health authority spokesperson Nasima Sultana.

Of the newly deceased, 31 were male. Males account for 79.02 per cent of the total coronavirus deaths and females 20.98 per cent.

Thirty two of the infected people died at hospitals and two at their homes, Nasima said.

The daily infection rate remained high in Bangladesh amid a low number of tests since the beginning of June.

Dhaka emerged as the worst-hit city accounting for almost half the deaths so far recorded in the country since March 18.

Chattogram is the second worst with close to a quarter of the total deaths.