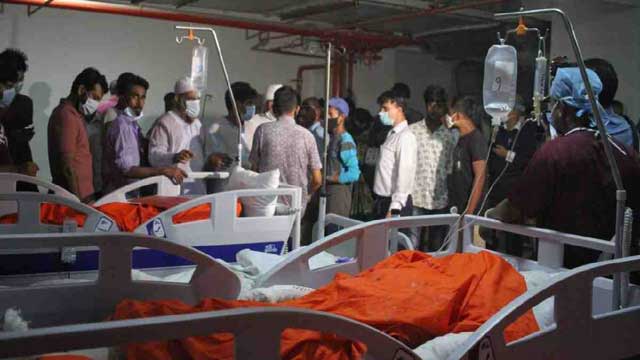 The death toll from Narayanganj mosque blast rose to 34 after another victim died at Sheikh Hasina National Burn and Plastic Surgery Institute on Tuesday morning.

Around 40 people were injured in the blast at a mosque in Fatullah after Esha prayer on September 4.

Of them, 37 were taken to the Dhaka hospital in critical condition.