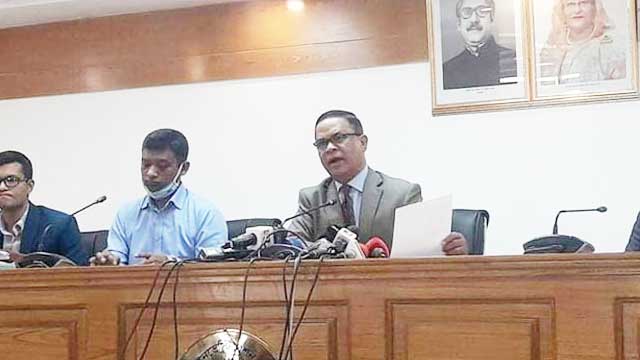 Some officials of two foreign airlines have allowed several passengers to travel to the Middle East and European countries on visit or conference visas, even though they did not have return tickets, according to the Criminal Investigation Department (CID).

The CID believes the move is related to human trafficking, as passengers are not supposed to be able to travel on these two kinds of visas without return tickets, CID Chief Additional Inspector General Barrister Mahbubur Rahman said on Tuesday.

The names of the officials and airlines concerned were not disclosed. Several officials of the airlines were recently summoned to the CID headquarters in Dhaka for questioning on the matter.

“This is the airlines’ fault. They have spoken with their officials. The officials admitted this was not supposed to happen,” the CID chief said.

Regarding the recent issuing of red notices against six fugitive Bangladeshi human traffickers by the International Criminal Police Organization (Interpol), the CID chief said they had requested that Interpol do so on October 18.

“Interpol issued the notices against them on November 27. Till now, we have found the involvement of those six persons in human trafficking and are investigating to find out more,” Mahbubur Rahman added.

The fugitives have been identified as Minto Mia, Shawpan, Shahadat Hossain, Nazrul Islam Molla, Jafor Ekbal and Tanzimul. Tanzimul has fled to Italy.

On May 28, a total of 26 Bangladesh citizens were killed and 11 others were injured in a shooting by human traffickers in the desert town of Mizdah, some 180km from the Libyan capital of Tripoli. Subsequently, the CID filed a case over the incident with Paltan police station, against 38 named and 8-10 unnamed individuals.

The six fugitives are among those named as accused in the case.

Mahbubur Rahman said a total 26 cases had been filed over the Libya incident in Bangladesh and the CID was investigating 25 of them. So far, 171 arrests had been made and the charge sheet had been submitted in a case filed in Habiganj.

Of the 171 people who have been arrested, 42 accused have already given confessional statements before the court.

The CID chief said a total of 38 Bangladeshis were trafficked to Libya in separate incidents since May 2019. They were taken to Benghazi on the way to Italy and Spain, before being diverted to Tripoli.

On October 3, the CID brought back nine of the victims from Libya.