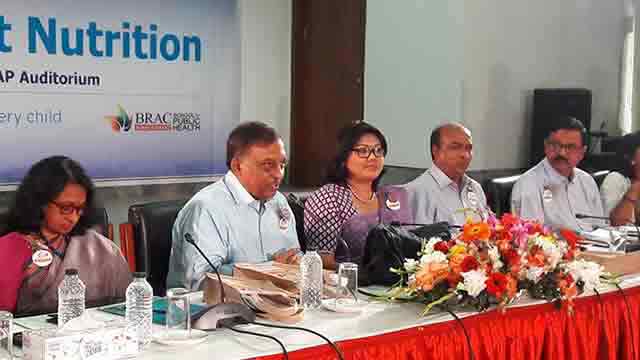 ‘We are informed of at least one incident where a student fell victim of molestation ers at Bangla Motors. Police also recorded her statement going to her home. Will take action scrutinisng video footage,’ said the minister on the sidelines of a discussion in promoting adults nutrition at CIRDAP auditorium.

There was a uproar in social media site feacebook after a number of girls shared their bitter experience of harassment or molestation during a grand rally of Awami League at Suhrawardy Udyan.
7 march viral post Screenshots of two facebook posts those went viral on Wednesday.

Screenshots of the girls statement went viral triggering sharp criticism of the incidents. But some Awami League sympathisers found it intentional propagands to ‘tarnish the image of the party.’

In one of the viral posts, a girl said she a group of youths molested her chanting ‘Joy Bangla’ slogan.

In the night, the girl on her wall wrote again that she deleted her previous post as it was being used for political purpose.

She later wrote she was in good health now but she did not post the incident for political purpose.

The Dhaka Metropolitan Police spokesperson Masudur Rahman said they were not aware of the incident but would take action if they find any such complaint.