50% of hospitalized patients are from villages 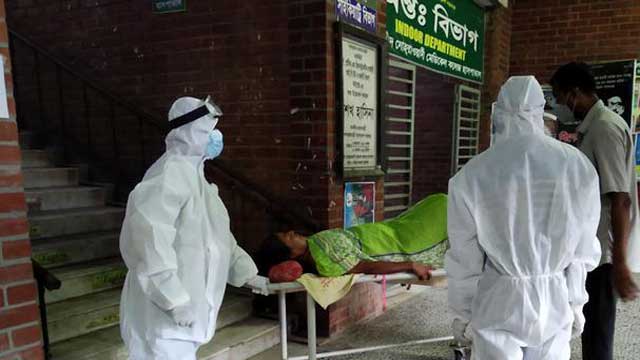 The health authorities say that more than half of the patients admitted to hospitals with Covid-19 across the country are from rural areas.

The upazila-level health officials have observed that the patients are coming to the hospital after their oxygen saturation level drops to 40% or 50%, said Director General of the Directorate General of Health Services ABM Khurshid Alam on Monday.

"Low oxygen saturation level causes brain damage. It is very difficult to save these patients," he added.

“We have had virtual meetings with officials of 45 upazila health complexes. They said most of the patients were coming from villages in critical condition. Many people do not know about the Covid-19 symptoms. They mistake it as normal flu.”

The DGHS also recommends conducting the sale of sacrificial animals online during the upcoming Eid-ul-Azha, instead of setting up stalls at designated places of the city corporations, municipalities, upazilas and union parishads.

On Monday, 164 new Covid-19 deaths and 9,964 cases were recorded in the 24 hours till morning, which is the highest number of deaths and single-day cases since the emergence of Covid-19 in Bangladesh in March last year.

Dhaka logged 4,250 cases, the highest among the divisions followed by Khulna with 1,470 cases, Chittagong with 1,367, and Rajshahi with 1,123, according to the latest figures provided by the DGHS.