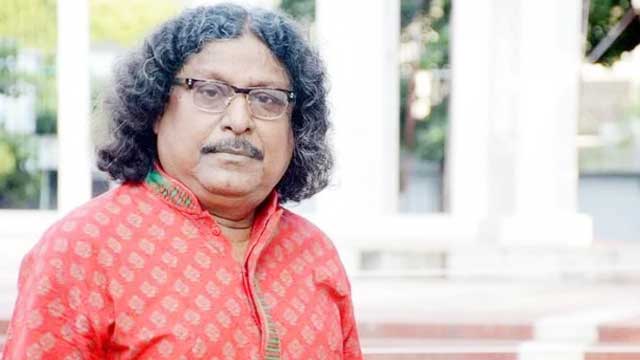 Ekushey Padak-winning renowned singer Fakir Alamgir, who tested positive for Covid-19 and undergoing treatment in the United Hospital in Bangladesh capital Dhaka, died on Friday night. He was 71.

‘My father died at about 10:45pm today,’ said Asheq Alamgir, son of the popular singer.

He said that his father was on life support for the past few days.

The popular singer left his wife and three sons to mourn his death.

Family members of the singer said that his body would be taken to Bangladesh Shilpakala Academy at 12:00 noon on Saturday for paying tribute to him by the common people.

Later, His namaz-e-janaja will be held after Zuhr prayers at Matir Masjid and then he will be buried at Khilgaon graveyard.

Fakir Alamgir gave his swab samples for Covid test on July 11 and the result came back positive on July 14. He was admitted to the hospital on the same day and was shifted to Intensive Care Unit as his condition deteriorated.

As his condition deteriorated further, he was put on life support on July 18 night.

As a member of Kranti Shilpigosthi and Gono Shilpigosthi, he participated in the 1969 mass uprising and played an important role.

During the Liberation War in 1971, he joined the Swadhin Bangla Betar Kendra as an artiste and inspired freedom fighters rendering patriotic songs.

Alamgir formed Wrishiz Shilpigosthi in 1976, a music platform that took gana sangeet to a new height.

He was also the president of Gana Sangeet Samannay Parishad.