No plan to raise age limit for entering govt service 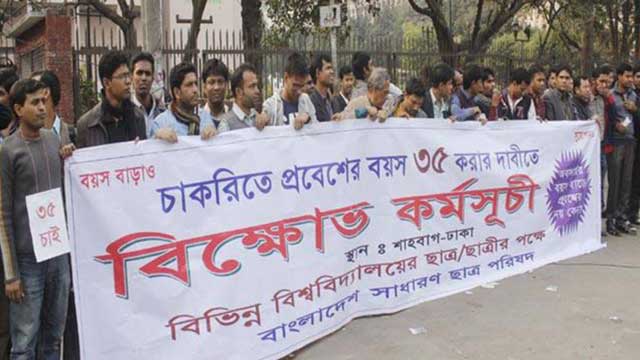 The state minister was responding to a question from BNP lawmaker Mosharraf Hossain at the parliament today.

Although there was significant session jam at educational institutions, including universities, in the past, there's no considerable session jam now, the state minister said.

Students generally sit for SSC at the age of 16 and HSC at 18, and they graduate at 23-24. Jobseekers get six to seven years to apply for government jobs after graduation, as the age limit for entering civil service is 30 years at present, he said.

Jobseekers in the country have long been demanding raising the age limit for entering government jobs to 35 years.