US to remain engaged on human rights in Bangladesh: Miller 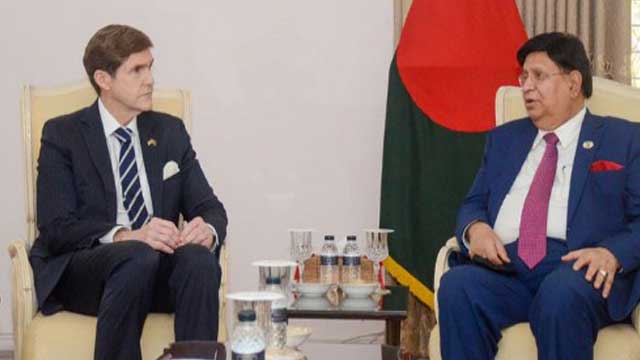 He said this during a farewell call on foreign minister AK Abdul Momen in Dhaka.

They expressed optimism that a series of dialogues and visits would take place in coming months between the two countries.

The foreign minister requested the US government to participate in humanitarian operations in Bhashan Char to support the Rohingya people of Myanmar in accordance with the Memorandum of Understanding signed with the United Nations.

The US ambassador iterated the strong support of the United States for the Rohingya issue not only through humanitarian assistance but also for political settlement through the repatriation of the Rohingyas.

The minister also briefed the ambassador Miller on the ongoing union parishad elections as well as city corporation elections in Narayanganj, underscoring the free and fair nature of elections and high voter turnout.

He also stated that Bangladesh would remain open to foreign observers in next parliamentary election.

They have discussed the potentials of engagements between the two countries on containing human trafficking.