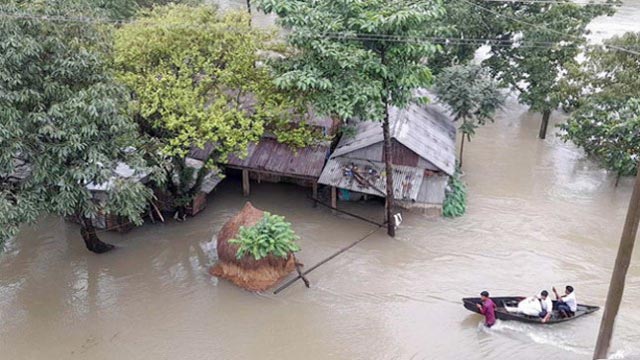 Three more deaths from flood were reported in Sunamganj and Moulvibazar districts in 24 hours till Tuesday morning, taking the total death toll in Bangladesh flood to 116.

The latest victims drowned in floodwater, according to the Directorate General of Health Services.

The total deaths were recorded between May 17 and July 12, it said.

Among the deceased, 88 people died by drowning in floodwater, 15 from lightning strikes, two from snake bites, one from diarrhoea, and nine due to other reasons.

Of the deceased, 63 people died in Sylhet, 40 in Mymensingh, 12 in Rangpur and one in Dhaka division, it said.

Among a total of 70 flood-hit upazilas, 33 are in Sylhet division, 16 in Rangpur division, 20 in Mymensingh division and one in Chattogram division.

Sylhet, Sunamganj, Netrokona and Kurigram are the worst-hit districts where 13, 11, 10 and 9 upazilas were affected by flood respectively.