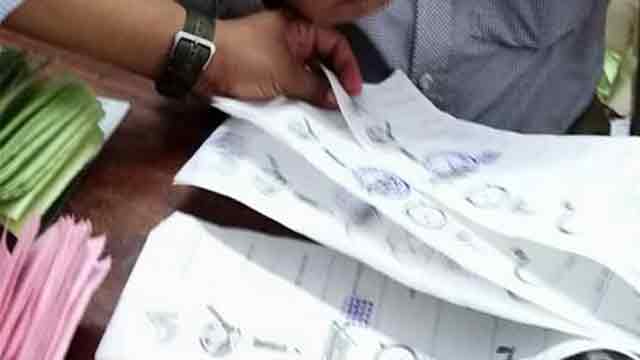 Dhaka, Jun 26 (Just News): Main opposition Bangladesh Nationalist Party (BNP) on Tuesday alleged that its polling agents were ejected from more than 400 out of 425 polling stations in Gazipur civic polls.

Gazipur city near Dhaka went to polls on Tuesday amidst widespread allegations of rigging, ballot stuffing and intimidation of voters, to elect the mayor and the councillors for the city corporation.

The country’s two arch rival political parties - ruling Bangladesh Awami League (AL) and BNP -- contested the crucial civic polls with their election symbols - boat and sheaf of paddy - ahead of the general elections slated to be held in less than six months' time.

In a press statement after the polls, the BNP listed names of 90 polling stations, alleging that these centres were occupied after its polling agents had been driven out even before 2 o’clock Tuesday.

Balloting was held in 425 polling stations. The authorities have suspended polling only at nine centres for ballot stuffing, rigging, and ejection of the opposition's polling agents.

Election commission secretary Helal Uddin Ahmed, however, claimed that elections were held in fair manner in all the polling stations other than those nine stations.