Road transport act to be placed before cabinet next week: Quader 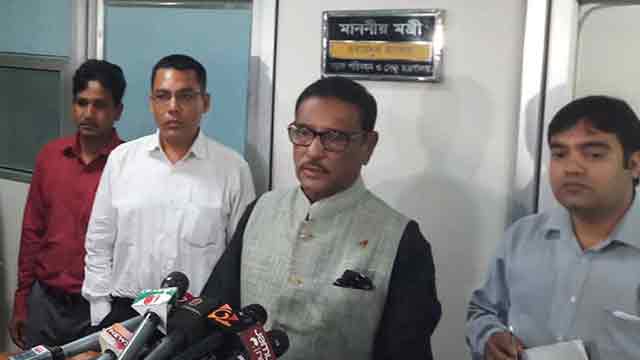 Dhaka, Aug 1 (Just News): Road Transport and Bridges Minister Obaidul Quader today said the long-awaited road transport act will be placed before the next week’s cabinet meeting and the draft act is expected to be passed in the next parliamentary session.

Once the law is enacted, the ministry will be able to take strict measures to bring discipline in the transport sector and to curb road accidents and traffic congestion.

He asked the students, who are protesting Sunday’s road accident on Airport Road that left two students dead, to call off their programmes and return to their classes as the prime minister has already instructed to take actions against underage drivers and those who are driving without license.

Besides, the shipping minister has already apologised for his comment, Quader, also the general secretary of ruling Awami League, was speaking in a hurriedly called press briefing at Setu Bhaban in the capital's Mohakhali.

When asked whether the government is embarrassed with Shahjahan Khan, Quader said the prime minister has already made comment on the minister; therefore “We cannot make any further comments on the issue.”