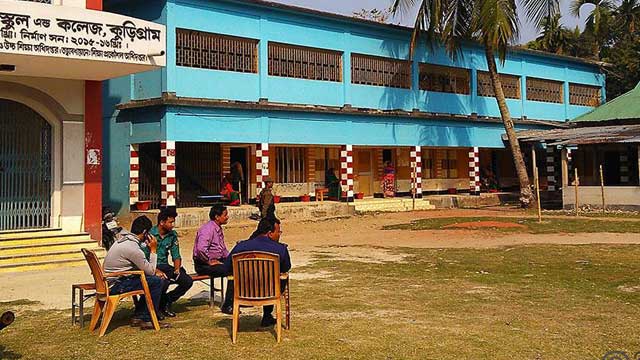 The first phase of elections to 78 Upazila Parishads in 12 districts began this morning amid low voter turnout.

In Kurigram, voter turnout was very low at many voting centres till 10:30am, reports our district correspondent after visiting centres in the area.

The same picture was observed at a voting centre in Baghmara upazila of Rajshahi and in Sunamganj district.

Law enforcers were seen sitting idle as well due to the poor turnout.

Most television channels have been telecasting relatively empty voting centres since this morning after voting began at 8:00am.

The voting in the first phase of the upazila parishad polls started at 8:00am and will continue till 4:00pm without any break.

Restrictions on vehicular movements have been imposed in the electoral areas while additional law enforcement agencies have been deployed.

Although the Election Commission declared election schedule for 87 upazilas in the first phase, the election is being held in 78 upazilas.

The series of battle of ballots -- boycotted by the BNP and several other parties -- kicks off only two months after the December 30 parliamentary polls. Over 1.42 crore people are expected to cast their votes at 5,847 centres in the first phase today.