They are pressing for a nine-point demand 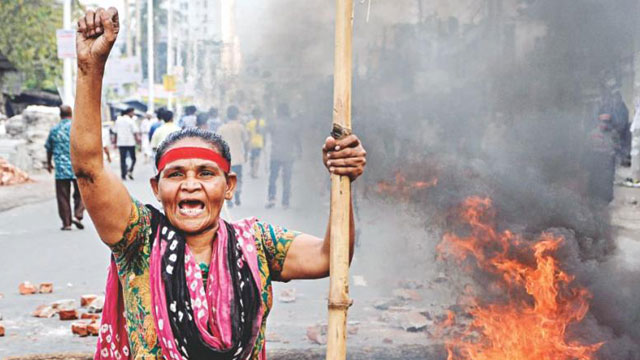 Workers of 22 jute mills, including the state-owned ones, have decided to intensify demonstration to force the government accept their demands including implementation of wage commission.

The workers enforced a 72-hour strike from April 2 to press for their nine-point demands.

At that time, the Bangladesh Jute Mills Corporation wrote to the jute mills to implement wage commission. But it did not specifically mention the time from when the commission will come into effect.

Workers leaders said this forced them to resume demonstration.

The agitation programme includes a rally on April 14 and work abstention for the next four days. The workers will also keep the roads and railways blocked from 8am to 12pm during this time.

In the second phase, they will hold a rally on April 26 and refrain from working for the next three days. During this period, they will keep the roads and railways blocked for six hours every day from 7am.