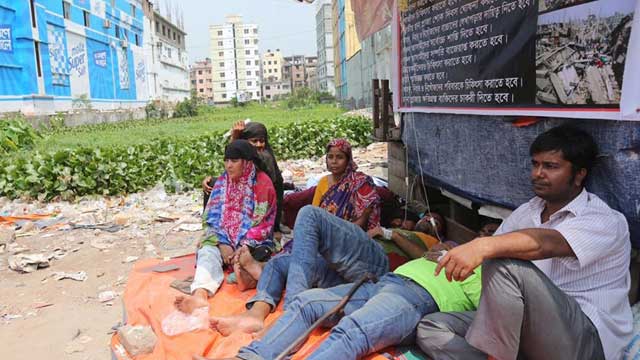 RMG worker Mahmudul Hasan Hridoy is continuing his hunger strike—for the third consecutive day—in the area in front of where the building collapsed six years ago.

Seven other workers have joined him on his 11-point demand hunger strike.

Mahmudul and another worker, Baki Billah, have already fallen sick because of the strike and have received first aid..

They say they will continue to strike until all their demands are fulfilled.

Mahmudul said: “Six years have passed since the Rana Plaza incident, victims have not yet received the compensation, and the culprits have not been punished.

All other workers of Rana Plaza are in support of this strike.