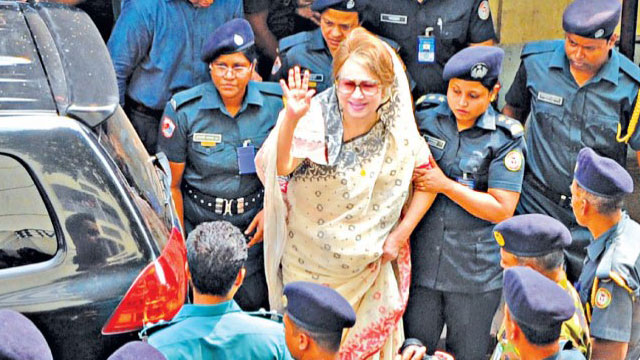 Talking to reporters after meeting her sister at Bangabandhu Sheikh Mujib Medical University (BSMMU), Selima said: “Her health condition has worsened. She’s unable to move or eat without anybody’s help.”

As her attention was drawn to BSMMU physicians’ assertion that the BNP chief is fine, she said the doctors are not telling the truth. “We’ve seen her actual condition,” she said.

Replying to a question, she said Khaleda can go abroad for treatment if the government allows her. “But she didn’t tell us anything about it.”

Khaleda Zia has been in jail since she was convicted in Zia Orphanage Trust case on February 8 last year. She was found guilty in another case later the same year, though her party claims both cases are politically motivated.

The BNP chief has been receiving treatment at the BSMMU since April 1.