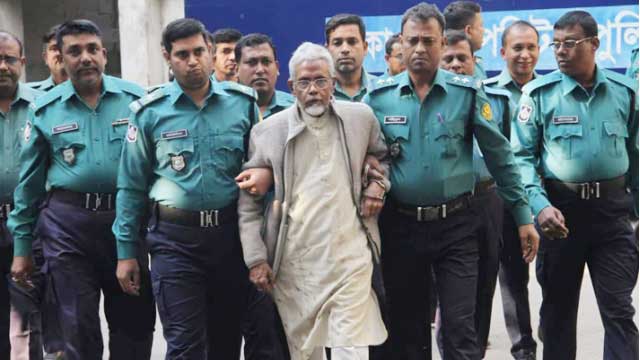 A court in Dhaka on Saturday placed Daily Sangram editor Abul Asad on a three-day remand in a case filed under the Digital Security Act.

Earlier, Golam Azad, inspector of Hatirjheel Police Station and also the investigation officer of the case, sought a five-day remand for the Sangram editor.

Police detained Abul Asad as his newspaper described Abdul Quader Molla, an executed war criminal, as a ‘martyr’ in a report published on December 12.

He was later shown arrested in a case filed under the Digital Security Act with Hatirjheel Police Station by ward 36 Muktijoddha Commander Afzal Hossain.

Leaders and activists of the Mancha, led by its President Aminul Islam Bulbul and Secretary Al Mamun, gathered in front of the office around 5pm and attacked it about an hour later.